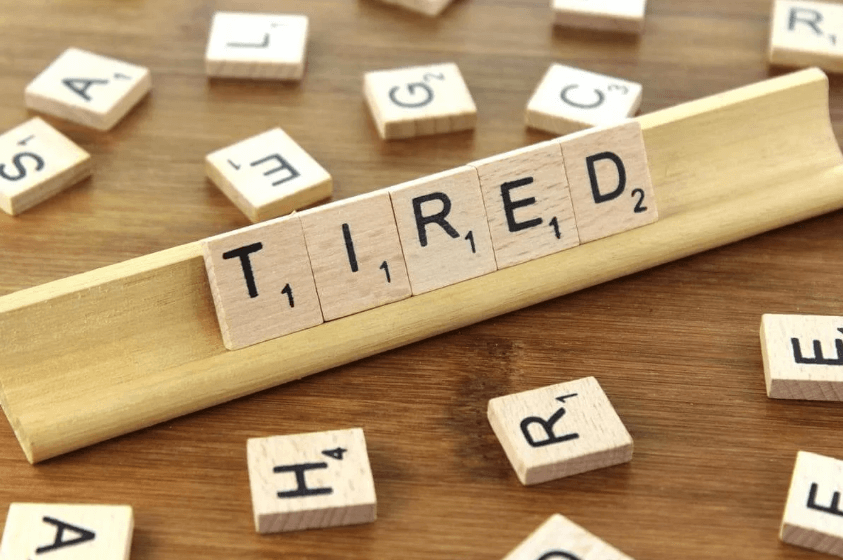 10 Reasons That Cause Excessive Sleepiness

1- Side Effects Of Drugs

Some drugs make you sleepy. These include antidepressants. After taking them, the first 8-10 hours makes you sleepy. It is better to use them at night. Antihistamines that help with allergies also have a similar effect. They block histamine, which gives people energy.

High blood pressure medications that suppress the production of adrenaline can cause sleepiness. Moreover, due to excessive alcohol consumption at night, a person may feel tired and lousy the next day.

This is a disease in which depression occurs at the same time. There is a winter type, which lasts from September to May, and a summer type when symptoms appear with the first warm days. A person stays in a depressed mood, even if there is no reason to worry. Moreover, the working capacity decreases, and he/she gets tired quickly.

Phototherapy helps with “winter” depression, the course of which can be obtained in a special clinic. It is useful for patients to walk, spend most of the time outside, adhere to a certain diet, and lead a healthy lifestyle. If all this does not help, the doctor may prescribe medications.

According to scientists, a lack of vitamin D in the body can cause daytime sleepiness. They examined 81 patients treated in a sleep disorder clinic.

Doctors measured their vitamin D and sleepiness levels with the help of a special scale. The lower the level of this vitamin was in the subjects, the more their level of daytime sleepiness was high.

This is a cessation of breathing during sleep, which lasts more than 10 seconds. If a person has regular apnea, then he/she complains of constant fatigue and drowsiness. Moreover, memory and intelligence deteriorate. Patients often have nightmares and jump up in the middle of the night. Mood swings and irritability may appear.

Obesity can cause sleep apnea. Once the weight returns to normal, the apnea will go away. There are other reasons: adenoids, polyps in the nose, chronic rhinitis, etc. You need to get treatment to deal with such a problem.

If a person has an iron deficiency, then he/she complains of lethargy, weakness, spinning head, and tiredness. Later, it flies before the eyes, and tinnitus may appear. Hair becomes dry and brittle, nails exfoliate, and cracks appear in the corners of the mouth. In children, academic performance declines, memory deteriorates, and their skin becomes pale.

Iron deficiency can be due to improper diet, active growth in children or adolescents, pregnancy, intense physical activity, etc. When unpleasant symptoms appear, you need to donate blood for analysis to determine hemoglobin level and get medication.

Hypotension is most common in women between 20 and 40 years of age. It can appear due to chronic fatigue, neuroses, and psychological trauma. The pressure also decreases after significant blood loss, as well as due to heart failure and overdose of certain drugs. The patient has disturbed night sleep, weakness, fatigue, and drowsiness.

It becomes difficult for such people to get up in the morning, even if they sleep for 8-12 hours. Disturbed by absent-mindedness, feet and palms sweat, darkness appears before the eyes; sometimes, a person may also faint.

With many acute respiratory viral infections or colds, weakness, and fatigue, drowsiness appears. The body spends all its strength on fighting viruses, so weakness appears. Therefore, doctors recommend bed rest for patients. Weakness can persist after illness for two weeks, which is normal. The body needs time to recover.

This is a mental disorder when a person has a persistent low mood; motor activity and thinking slow down. There are many symptoms of depression. Among them are sleep problems. Patients wake up early or suffer from insomnia, and during the day, they feel weak and sleepy.

They often do not have the strength to get out of bed and wash. They move slowly, become clumsy; most of them either sit or lie. Depression gets treated with psychotherapy, and antidepressants are prescribed if necessary.

Due to endocrine disorders, you may observe drowsiness in people. So, in hyperthyroidism, the thyroid gland produces too many hormones. Metabolic processes get accelerated; insomnia, irritability, and anxiety appear.

Due to it, a person does not get enough sleep; she/he feels sleepy during the day. To make an accurate diagnosis, you need to donate blood for thyroid hormones. Due to the approaching menopause, a woman’s ovaries begin to produce less estrogen. As a result, insomnia may appear, or the patient’s deep sleep phase becomes shortened.

A woman’s body cannot fully rest at night, so she feels overwhelmed, tired, and sleepy. To cope with the problem, you need to take hormonal drugs. But do not wait for an instant effect. It takes time for the body to recover.

With this syndrome, the patient develops an uncomfortable sensation in the legs at night, which is why he/she wakes up. In some patients, this is an involuntary motor activity. It is seen most often seen in the elderly.

In half of the patients, pathology is due to a genetic predisposition. There is also a secondary syndrome that manifests itself during pregnancy and passes after childbirth. The cause of the syndrome may be a deficiency of folic acid, magnesium, etc.

Constant urge to sleep can be due to several health problems. For spending an active lifestyle, you need to abandon bad habits and start eating healthy. However, if the problem sustains, you need to see a doctor.